Demodectic Mange: How Common Is Mange In Dogs? 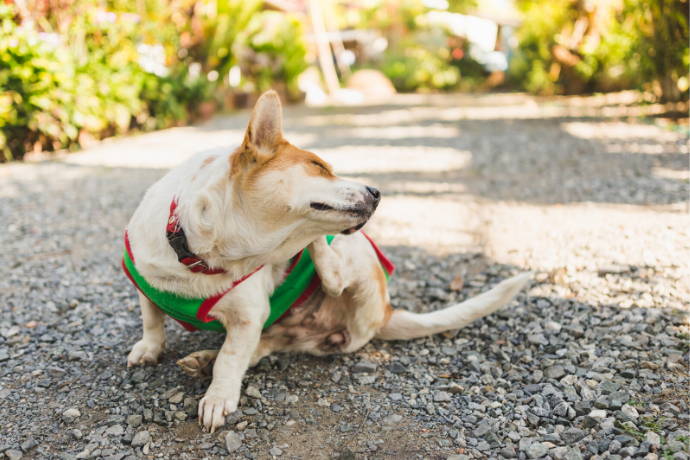 Demodectic mange is a skin disease that affects thousands of dogs each year. While there are a few different forms of mange, demodectic is the most common among dogs. It is important not to confuse these different types of mange with demodectic mange because they have different causes and treatments. Demodectic mange in dogs is caused by microscopic mites called demodex mites that reside in their hair follicles. Under a microscope, they are shaped like a cigar with eight legs and they can wreak havoc on your dog’s skin. While these mites reside on the skin of most normal dogs and humans, they can’t cause any harm as long as the immune system is functioning properly.

Demodectic mange, also known as ‘Red Mange’, occurs when a dog has an immature immune system, which allows for the number of mites to increase faster than the immune system can handle. As a direct result, this disease can be found mainly in dogs 12-18 months old. As dogs mature, their immune system also matures which gives them a lesser likelihood of getting mange. Older dogs or dogs who have a weakened immune system due to an illness, can also get demodectic mange quite easily.

Which dogs are most at risk for demodectic mange? Dogs with:

The simple answer is no. Demodectic mange is not contagious to other animals or humans. However, demodex mites are usually transmitted to newborn puppies from their mother during the first few weeks of their life. Since the mite is found virtually on all dogs during their life, exposure of a normal dog to one with demodectic mange is not contagious. If a dog’s immune system is weakened or suppressed, mange can begin to develop just because they carry the demodex mite around with them. 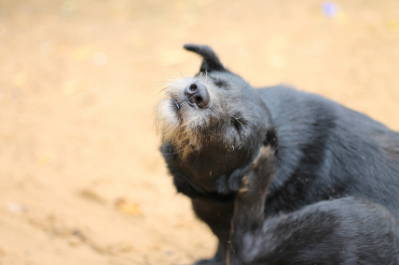 Can demodectic mange be passed on genetically?

How does demodectic mange affect a dog? 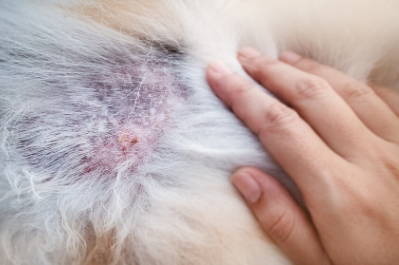 How is demodectic mange diagnosed?

It can become pretty obvious when a dog gets demodectic mange but it can not be diagnosed until a veterinarian examines the dog. When you take a dog with mange to the vet, they will take deep skin scrapings and examine them under a microscope to diagnose the disease. As mentioned earlier, vets look for a large amount of cigar shaped parasites with eight legs, which is the unique demodex mite. Occasionally, a vet will make a presumptive diagnosis even though mites are not found on a scraping if the dog has all the symptoms of demodectic mange.

How is demodectic mange treated?

The treatment for localized and generalized mange infections is slightly different. Localized infections can usually be treated with a topical medication while a generalized infection tends to have a more aggressive treatment that includes special shampoos and even oral treatment. For shampoo treatments, benzoyl peroxide helps to flush out and open the hair follicles prior to cleansing. There are several topical treatments that are perfect for demodectic mange including imidacloprid and doramectin. Be sure to ask a veterinarian about these as they will want to discuss the benefits and risks of these medications.

In some cases where dogs have secondary skin conditions, they might require antibiotic therapy. Especially with demodectic mange, dogs with additional skin infections often have very red and inflamed skin and might need a different kind of treatment. Your vet can help you determine whether your dog has another skin condition in addition to demodectic mange.

A drug called Ivermectin can be given to a dog orally to treat demodectic mange. It is a class of drugs approved for the prevention of heartworm disease in dogs, but not for mange. However, it can treat mite infestations and needs to be administered very carefully. It is a very strong drug that carries harsh side effects, including death. If there’s one thing you need to ask the vet about, it is Ivermectin and how to administer it properly. Veterinarians do not normally recommend this as a treatment.

Treatment of demodectic mange is usually successful. However, if the immune system is suppressed, neither the mites nor the infection will respond to the treatment. With a generalized infection, successful treatment can take a long time and may require multiple check ups with the vet. Demodectic mange can recur in dogs with a weakened immune system or dogs who are ill. 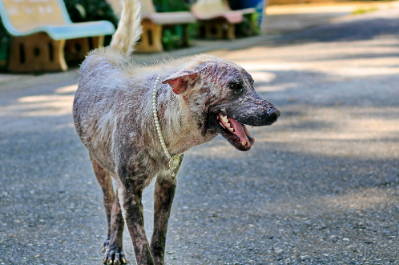 Living and management of demodectic mange

Follow up care may include skin scrapings to continually monitor the amount of mites on a dog’s skin. With long term mange, regular continued medication may be necessary. Veterinarians will often continue treatment several weeks after there is no longer evidence of mites.

General good health and a good diet may help prevent some cases of mange. Dogs with a demodectic mange gene should not be bred because the disease will likely be passed on to their offspring.

5 Life-Changing Tips For Flying With Your Dog

3 Tips For Introducing A New Puppy To Children