5 Steps To Prevent Your Dog From Begging For Food 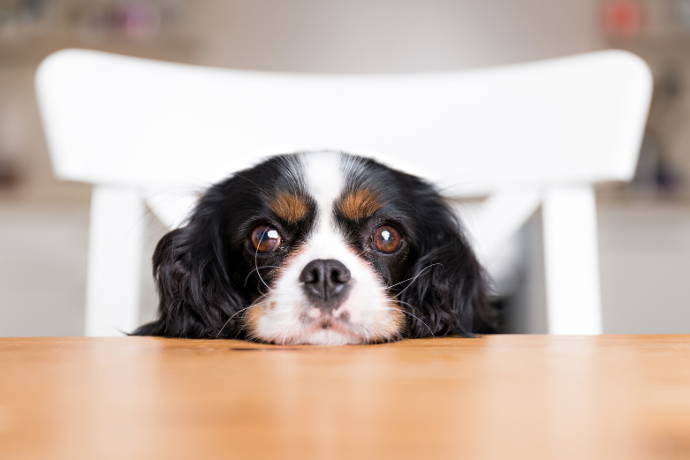 Do you give in to your dog’s begging? Unfortunately, many dog parents do. It’s common to inadvertently exacerbate when your dog is giving you sad eyes at the dinner table. That’s understandable - you want your dog to be happy and it seems like nothing makes them happier than being treated to some tasty human food. But how do you get it to stop? Read on to find the 5 steps to stop your dog’s begging behavior.

1. Stop the problem before it starts

The first step is to make a commitment to change. You can’t fix a problem if you don’t acknowledge it in the first place. Often, dogs learn how to behave when they’re still puppies. If you’ve got a puppy or young dog, take the steps necessary to prevent begging before it starts. To do this, you can put up a baby gate to keep your dog in a different room while you eat. You could also give them a toy or chew bone to play with at the same time you sit down to eat. 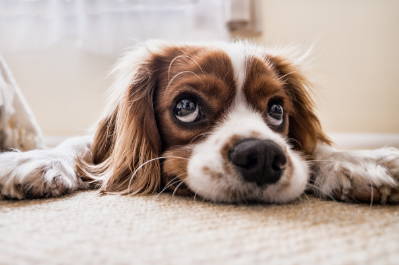 2. Teach your dog the “Stay” command

While confining your dog during meals is a good solution, it’s not as effective in the long run as teaching them to control their own behavior. One of the best ways to accomplish this is by teaching them the “stay” command. This will also be useful in other situations like when they want to run to the door and bark at visitors. You can start by telling your dog, firmly but gently, to “stay” in a designated spot. Reward them for doing this successfully and never punish them for failing. As time goes on, they’ll begin to understand what you want them to do.

Just like us, dogs won’t be able to learn if you’re sending them mixed messages. They are masters at getting what they want by playing on our love and sympathies. If you give in when they whine or bark and stare at you while you’re eating, you’ll teach them a crucial lesson - when you whine or bark when you want food, you’ll get what you want. 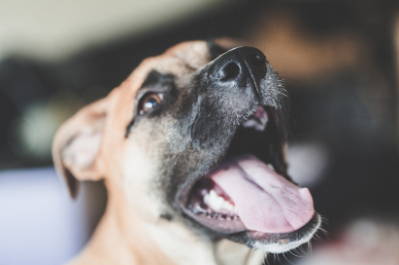 Dogs don’t learn to beg the moment you give them some of your food. Some human foods are actually extremely effective when trying to train your dog, such as small bits of chicken or cheese. It’s not the food that causes begging. Instead, it’s the circumstances in which that food is introduced. The secret is to not reward your furry friend with your food when they’re begging at mealtime.

If you feel the need to raise your voice or yell at your dog to get them to listen to you, frankly, they’re not the one with the problem - you are. If that sounds harsh, keep in mind that dogs only understand what you make clear to them. Yelling won’t influence the behavior you want to see. Instead, it makes your training goals less likely to be achieved because all you’re really doing is confusing them and making them unhappy. To help your dog understand what you’re asking, be calm, firm, even-tempered, and persistent. Eventually, they’ll get it. 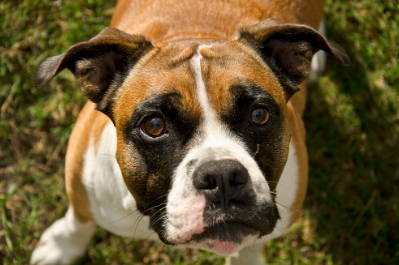 5 Important Exercise To Get Fit With Your Dog